The nation-wide event took place at the Altai Territory.

In the period from July 14 to July 16, 2016, All-Russian Field Day 2016 (the Altai Territory) was held at the Siberian Agro-park site, in which more than 260 companies from Russia and foreign countries took part. 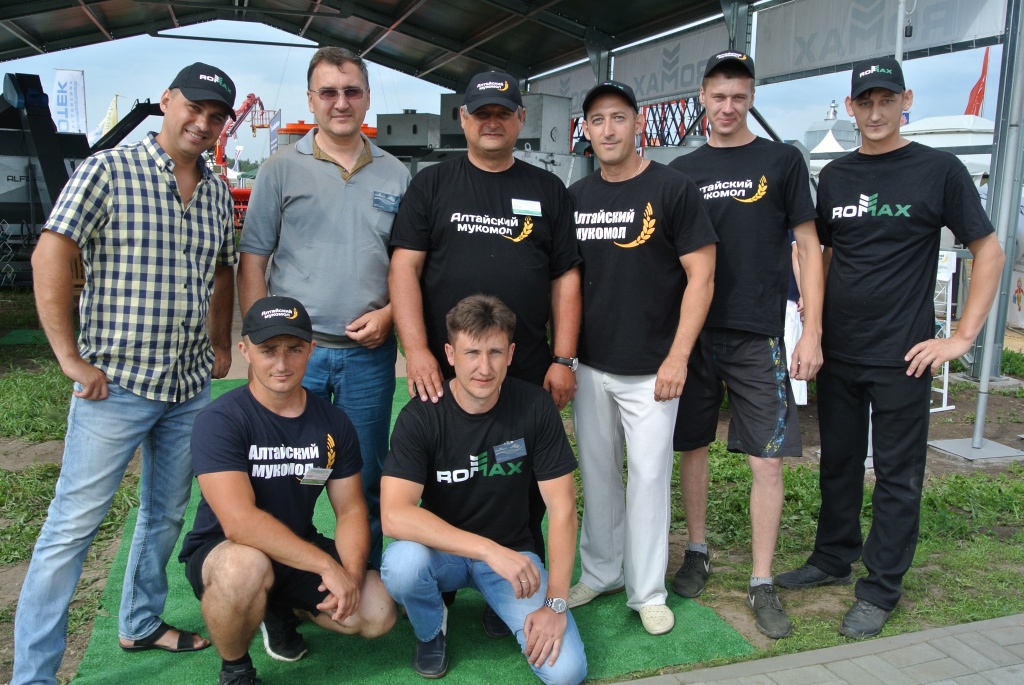 Besides prefabricated fabric building from lightweight and thin wall steel constructions, which have lately been in great demand in the domestic market, was presented at the booth 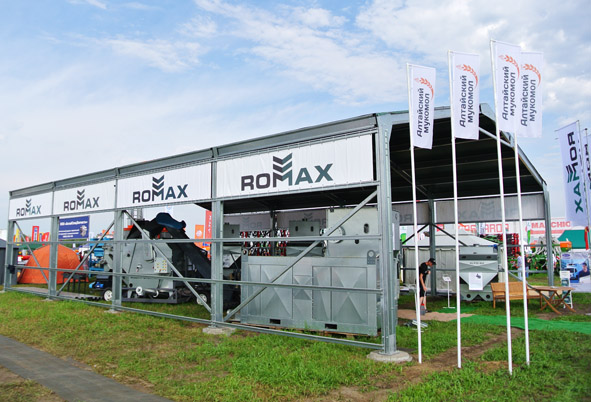 According to the results of the Field Day work, ROMAX was awarded the Diploma and a gold medal «For agricultural machinery implementation into agro-industrial complex» 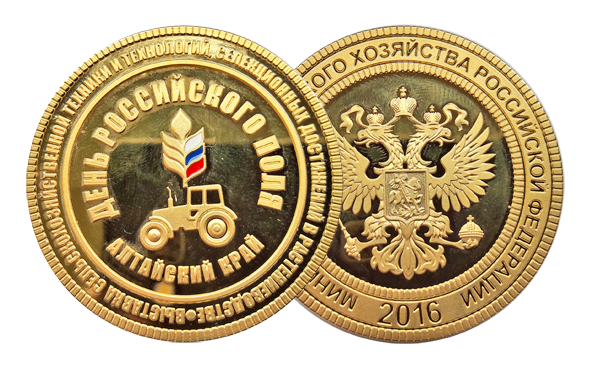 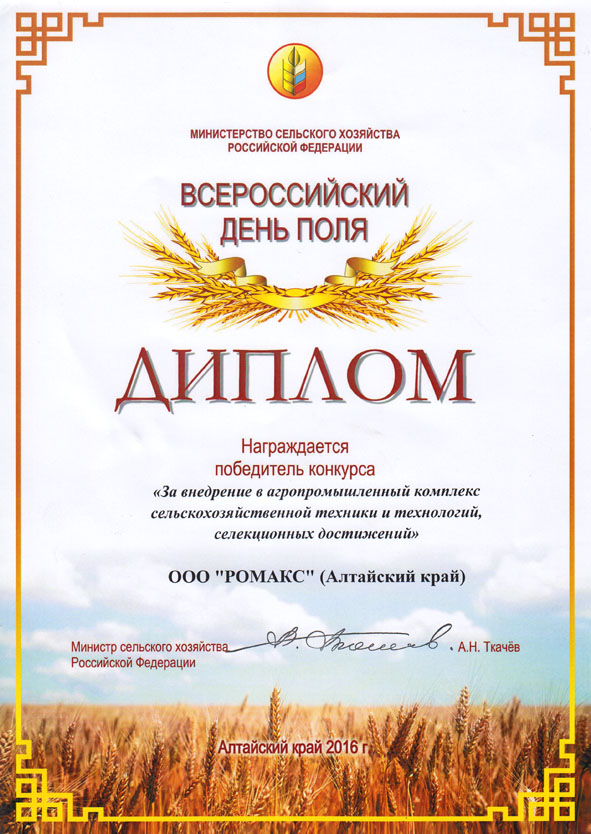 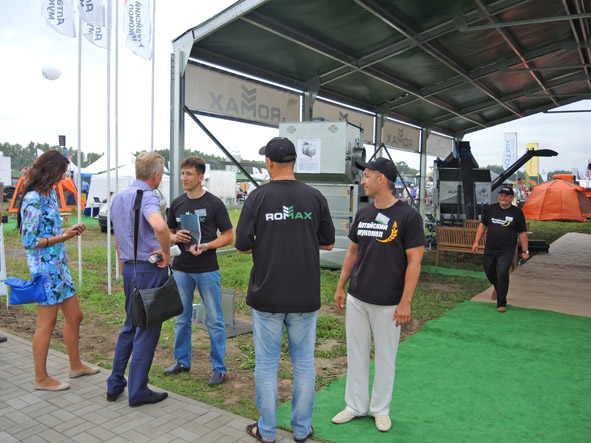 During the exhibition holding, more than 30 machines were sold for a total amount of 35 million rubles. Within three productive days of the exhibition numerous meetings and negotiations with representatives of other companies were held regarding further cooperation in the field of designing and construction of sites for the country’s agro-industrial complex.

* Discount is available for a group of grain cleaning equipment